A library-sponsored group open to everyone ages 18 or older! Take part when and where you want. Our goal is to read a wide variety of books and meet new people! We request that everyone be respectful of other's opinions. Want more information? Email us your questions!

Join us on the 2nd Monday of the month at 6:30 pm for our Open Book Club meetings.. If you can’t commit to every month that’s not a problem—just come when you can!

Take part in the online component of our book club. People who are not able to join in face-to-face meeting times or who just want some more discussion can do so here! 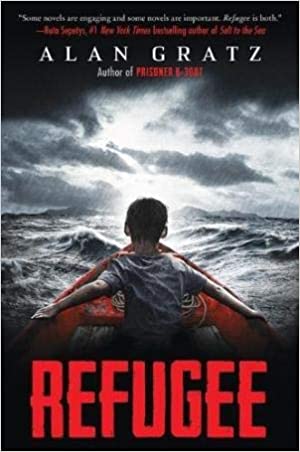 One mission in common: ESCAPE.Josef is a Jewish boy in 1930s Nazi Germany. With the threat of concentration camps looming, he and his family board a ship bound for the other side of the world…Isabel is a Cuban girl in 1994. With riots and unrest plaguing her country, she and her family set out on a raft, hoping to find safety and freedom in America…Mahmoud is a Syrian boy in 2015. With his homeland torn apart by violence and destruction, he and his family begin a long trek toward Europe…All three young people will go on harrowing journeys in search of refuge. All will face unimaginable dangers–from drownings to bombings to betrayals. But for each of them, there is always the hope of tomorrow. And although Josef, Isabel, and Mahmoud are separated by continents and decades, surprising connections will tie their stories together in the end. Via Goodreads

Next Month: House of Sticks by Ly Tran 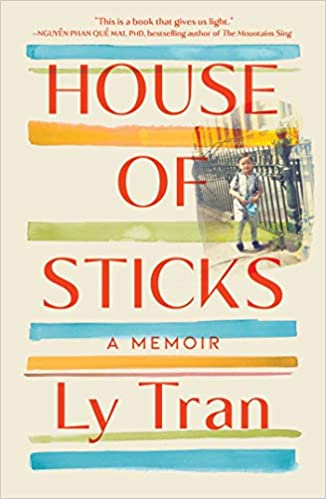 bedroom railroad apartment in Queens. Ly’s father, a former lieutenant in the South Vietnamese army, spent nearly a decade as a POW, and their resettlement is made possible through a humanitarian program run by the US government. Soon after they arrive, Ly joins her parents and three older brothers sewing ties and cummerbunds piece-meal on their living room floor to make ends meet.
As they navigate this new landscape, Ly finds herself torn between two worlds. She knows she must honor her parents’ Buddhist faith and contribute to the family livelihood, working long hours at home and eventually as a manicurist alongside her mother at a nail salon in Brooklyn that her parents take over. But at school, Ly feels the mounting pressure to blend in.

A growing inability to see the blackboard presents new challenges, especially when her father forbids her from getting glasses, calling her diagnosis of poor vision a government conspiracy. His frightening temper and paranoia leave a mark on Ly’s sense of self. Who is she outside of everything her family expects of her?

An “unsentimental yet deeply moving examination of filial bond, displacement, war trauma, and poverty” (NPR), House of Sticks is a timely and powerful portrait of one girl’s coming-of-age and struggle to find her voice amid clashing cultural expectations.  Via Goodreads

Do you have titles to suggest? Email them to us!