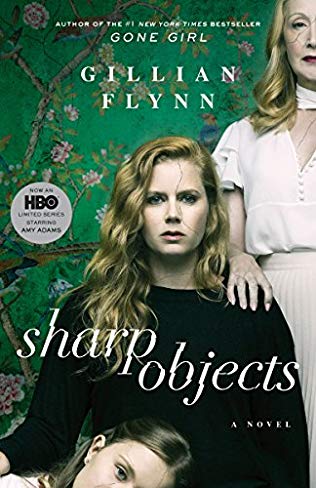 Fresh from a brief stay at a psych hospital, reporter Camille Preaker faces a troubling assignment: she must return to her tiny hometown to cover the murders of two preteen girls.

For years, Camille has hardly spoken to her neurotic, hypochondriac mother or to the half-sister she barely knows: a beautiful thirteen-year-old with an eerie grip on the town. Now, installed in her old bedroom in her family’s Victorian mansion, Camille finds herself identifying with the young victims—a bit too strongly. 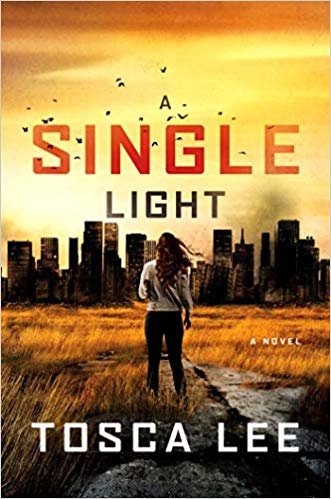 Six months after vanishing into an underground silo with sixty others, Wynter and Chase emerge to find the area abandoned. There is no sign of Noah and the rest of the group that was supposed to greet them when they emerged—the same people Wynter was counting on to help her locate the IV antibiotics her gravely ill friend, Julie, needs in order to live.
As the clock ticks down on Julie’s life, Wynter and Chase embark on a desperate search for medicine and answers. But what they find is not a nation on the cusp of recovery thanks to the promising new vaccine Wynter herself had a hand in creating, but one decimated by disease. What happened while they were underground?

With food and water in limited supply and their own survival in question, Chase and Wynter must venture further and further from the silo. Aided by an enigmatic mute named Otto, they come face-to-face with a society radically changed by global pandemic, where communities scrabble to survive under rogue leaders and cities are war zones. As hope fades by the hour and Wynter learns the terrible truth of the last six months, she is called upon once again to help save the nation she no longer recognizes—a place so dark she’s no longer sure it can even survive.

Sold on a Monday by Kristina McMorris (8 copies + Audiobook) 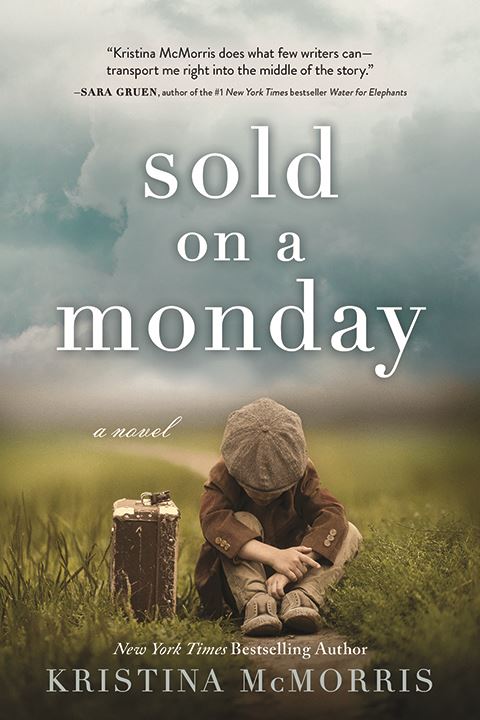 2 CHILDREN FOR SALE The sign is a last resort. It sits on a farmhouse porch in 1931, but could be found anywhere in an era of breadlines, bank runs, and broken dreams. It could have been written by any mother facing impossible choices. For struggling reporter Ellis Reed, the gut-wrenching scene evokes memories of his family’s dark past. He snaps a photograph of the children, not meant for publication. But when it leads to his big break, the consequences are more devastating than he ever imagined.

At the paper, Lillian Palmer is haunted by her role in all that happened. She is far too familiar with the heartbreak of children deemed unwanted. As the bonds of motherhood are tested, she and Ellis must decide how much they are willing to risk to mend a fractured family.

Inspired by an actual newspaper photograph that stunned the nation, Sold on a Monday is a powerful novel of love, redemption, and the unexpected paths that bring us home.

The Sound of Gravel by Ruth Wariner (9 copies) 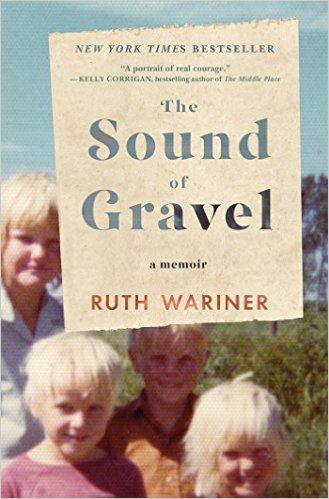 Ruth Wariner was the thirty-ninth of her father’s forty-two children. Growing up on a farm in rural Mexico, where authorities turn a blind eye to the practices of her community, Ruth lives in a ramshackle house without indoor plumbing or electricity.

At church, preachers teach that God will punish the wicked by destroying the world and that women can only ascend to Heaven by entering into polygamous marriages and giving birth to as many children as possible.

After Ruth’s father—the man who had been the founding prophet of the colony—is brutally murdered by his brother in a bid for church power, her mother remarries, becoming the second wife of another faithful congregant.

In need of government assistance and supplemental income, Ruth and her siblings are carted back and forth between Mexico and the United States, where Ruth’s mother collects welfare and her stepfather works a variety of odd jobs. Ruth comes to love the time she spends in the States, realizing that perhaps the community into which she was born is not the right one for her.

As she begins to doubt her family’s beliefs and question her mother’s choices, she struggles to balance her fierce love for her siblings with her determination to forge a better life for herself.

Recounted from the innocent and hopeful perspective of a child, The Sound of Gravel is the remarkable memoir of one girl’s fight for peace and love. This is an intimate, gripping tale of triumph, courage, and resilience. 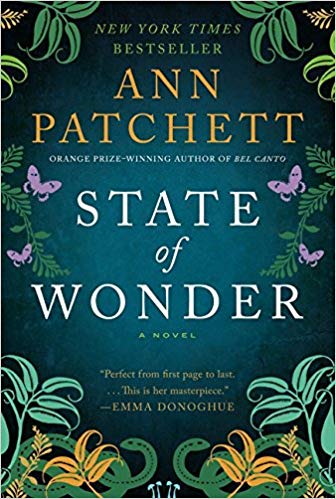 Research scientist Dr. Marina Singh is sent to Brazil to track down her former mentor, Dr. Annick Swenson, who seems to have disappeared in the Amazon while working on an extremely valuable new drug. The last person who was sent to find her died before he could complete his mission. Plagued by trepidation, Marina embarks on an odyssey into the insect-infested jungle in hopes of finding answers to the questions about her friend’s death, her company’s future, and her own past.

Once found, Dr. Swenson is as imperious and uncompromising as ever. But while she is as threatening as anything the jungle has to offer, the greatest sacrifices to be made are the ones Dr. Swenson asks of herself, and will ultimately ask of Marina.

State of Wonder is a world unto itself, where unlikely beauty stands beside unimaginable loss. It is a tale that leads the reader into the very heart of darkness, and then shows us what lies on the other side.

Chief Inspector Armand Gamache of the Surete du Quebec and his team of investigators are called to the scene of a suspicious death in a rural village south of Montreal and yet a world away. Jane Neal, a long-time resident of Three Pines, has been found dead in the woods. The locals are certain it’s a tragic hunting accident and nothing more but Gamache smells something foul this holiday season…and is soon certain that Jane died at the hands of someone much more sinister than a careless bow-hunter.

With this award-winning first novel, Louise Penny introduces an engaging hero in Inspector Gamache, who commands his forces—and this series—with power, ingenuity, and charm.

On the faded Island Books sign hanging over the porch of the Victorian cottage is the motto "No Man Is an Island; Every Book Is a World." A. J. Fikry, the irascible owner, is about to discover just what that truly means.

A. J. Fikry’s life is not at all what he expected it to be. His wife has died, his bookstore is experiencing the worst sales in its history, and now his prized possession, a rare collection of Poe poems, has been stolen. Slowly but surely, he is isolating himself from all the people of Alice Island—from Lambiase, the well-intentioned police officer who’s always felt kindly toward Fikry; from Ismay, his sister-in-law who is hell-bent on saving him from his dreary self; from Amelia, the lovely and idealistic (if eccentric) Knightley Press sales rep who keeps on taking the ferry over to Alice Island, refusing to be deterred by A.J.’s bad attitude.

Even the books in his store have stopped holding pleasure for him. These days, A.J. can only see them as a sign of a world that is changing too rapidly. And then a mysterious package appears at the bookstore. It’s a small package, but large in weight. It’s that unexpected arrival that gives A. J. Fikry the opportunity to make his life over, the ability to see everything anew.

It doesn’t take long for the locals to notice the change overcoming A.J.; or for that determined sales rep, Amelia, to see her curmudgeonly client in a new light; or for the wisdom of all those books to become again the lifeblood of A.J.’s world; or for everything to twist again into a version of his life that he didn’t see coming.

The Story of Arthur Truluv by Elizabeth Berg (9 copies + Audiobook) 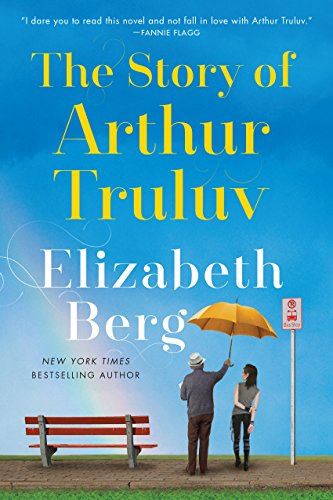 For the past six months, Arthur Moses’s days have looked the same: He tends to his rose garden and to Gordon, his cat, then rides the bus to the cemetery to visit his beloved late wife for lunch.

Sometimes in the evening he’ll take a walk and stop to chat with his nosy neighbor, Lucille. It’s a quiet routine not entirely without its joys. The last thing Arthur would imagine is for one unlikely encounter to utterly transform his life.

Eighteen-year-old Maddy Harris is an introspective girl who often comes to the cemetery to escape the other kids at school and a life of loss. She’s seen Arthur sitting there alone, and one afternoon she joins him—a gesture that begins a surprising friendship between two lonely souls.

Moved by Arthur’s kindness and devotion, Maddy gives him the nickname "Truluv." As Arthur’s neighbor Lucille moves into their orbit, the unlikely trio bands together, helping one another, through heartache and hardships, to rediscover their own potential to start anew.

Wonderfully written and full of profound observations about life, The Story of Arthur Truluv is a beautiful and moving novel of compassion in the face of loss, of the small acts that turn friends into family, and of the possibilities to achieve happiness at any age.

Some stories live forever… Sage Singer is a baker. She works through the night, preparing the day’s breads and pastries, trying to escape a reality of loneliness, bad memories, and the shadow of her mother’s death. When Josef Weber, an elderly man in Sage’s grief support group, begins stopping by the bakery, they strike up an unlikely friendship. Despite their differences, they see in each other the hidden scars that others can’t, and they become companions.

Everything changes on the day that Josef confesses a long-buried and shameful secret—one that nobody else in town would ever suspect—and asks Sage for an extraordinary favor. If she says yes, she faces not only moral repercussions but potentially legal ones as well. With her own identity suddenly challenged, and the integrity of the closest friend she’s ever had clouded, Sage begins to question the assumptions and expectations she’s made about her life and her family. When does a moral choice become a moral imperative? And where does one draw the line between punishment and justice, forgiveness, and mercy?  In this searingly honest novel, Jodi Picoult gracefully explores the lengths we will go in order to protect our families and to keep the past from dictating the future. 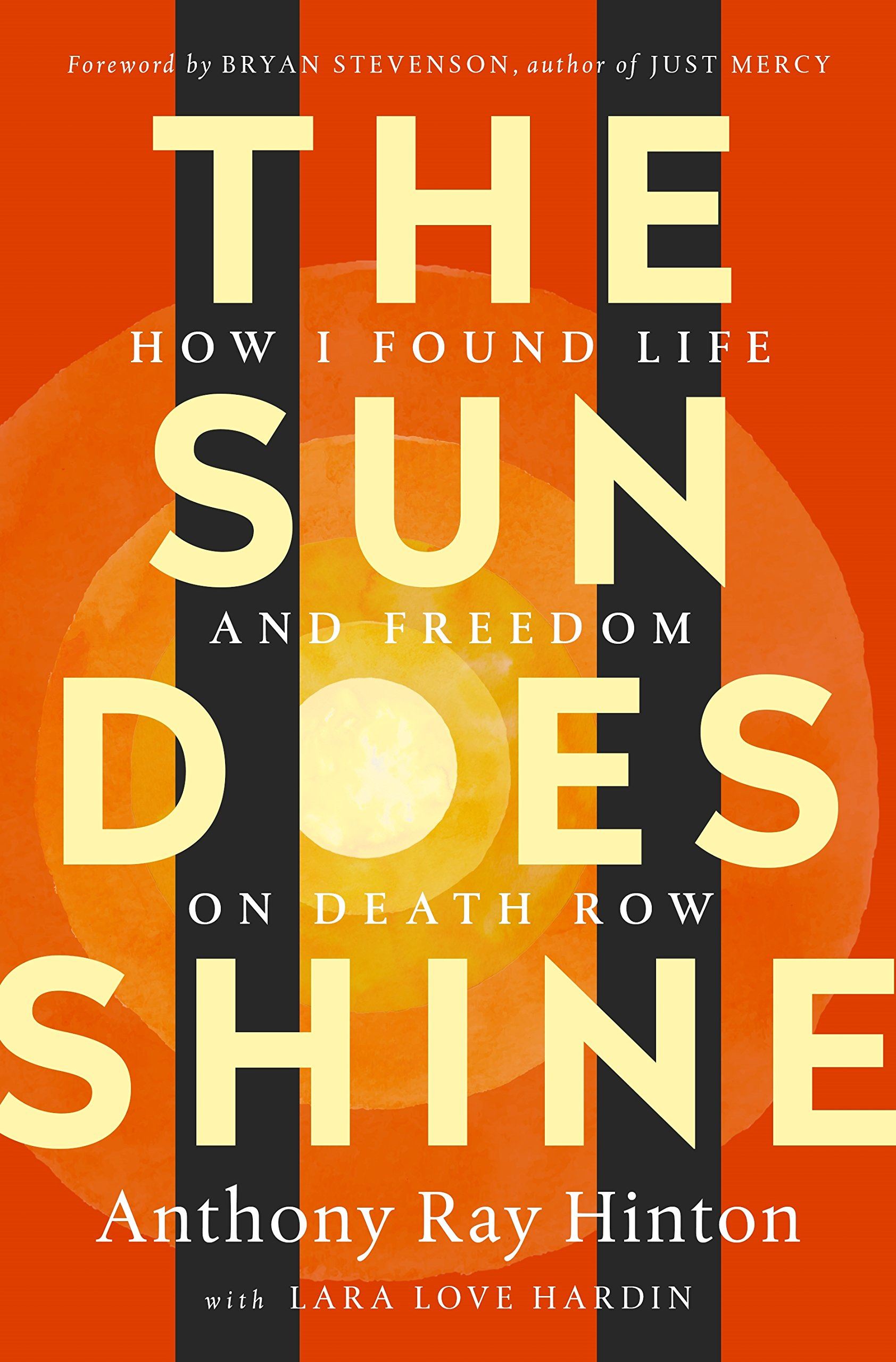 Anthony Ray Hinton was poor and black when he was convicted of two murders he hadn’t committed. For the next three decades he was trapped in solitary confinement in a tiny cell on death row.

Eventually his case was taken up by the award-winning lawyer, Bryan Stevenson, who managed to have him exonerated, though it took 15 years for this to happen. How did Hinton cope with the mental and emotional torture of his situation, and emerge full of compassion and forgiveness? This is a story of hope and the resilience of the human spirit.