That was it. That was all of it. A grace so ordinary there was no reason at all to remember it. Yet I have never across the forty years since it was spoken forgotten a single word.

New Bremen, Minnesota, 1961. The Twins were playing their debut season, ice-cold root beers were selling out at the soda counter of Halderson’s Drugstore, and Hot Stuff comic books were a mainstay on every barbershop magazine rack. It was a time of innocence and hope for a country with a new, young president. But for thirteen-year-old Frank Drum it was a grim summer in which death visited frequently and assumed many forms. Accident. Nature. Suicide. Murder.

Frank begins the season preoccupied with the concerns of any teenage boy, but when tragedy unexpectedly strikes his family—which includes his Methodist minister father; his passionate, artistic mother; Juilliard-bound older sister; and wise-beyond-his-years kid brother—he finds himself thrust into an adult world full of secrets, lies, adultery, and betrayal, suddenly called upon to demonstrate a maturity and gumption beyond his years.

Told from Frank’s perspective forty years after that fateful summer, Ordinary Grace is a brilliantly moving account of a boy standing at the door of his young manhood, trying to understand a world that seems to be falling apart around him. It is an unforgettable novel about discovering the terrible price of wisdom and the enduring grace of God.

Between 1854 and 1929, so-called orphan trains ran regularly from the cities of the East Coast to the farmlands of the Midwest, carrying thousands of abandoned children whose fates would be determined by pure luck. Would they be adopted by a kind and loving family, or would they face a childhood and adolescence of hard labor and servitude?

As a young Irish immigrant, Vivian Daly was one such child, sent by rail from New York City to an uncertain future a world away. Returning east later in life, Vivian leads a quiet, peaceful existence on the coast of Maine, the memories of her upbringing rendered a hazy blur. But in her attic, hidden in trunks, are vestiges of a turbulent past.

Seventeen-year-old Molly Ayer knows that a community-service position helping an elderly widow clean out her attic is the only thing keeping her out of juvenile hall. But as Molly helps Vivian sort through her keepsakes and possessions, she discovers that she and Vivian aren't as different as they appear. A Penobscot Indian who has spent her youth in and out of foster homes, Molly is also an outsider being raised by strangers, and she, too, has unanswered questions about the past.

Moving between contemporary Maine and Depression-era Minnesota, Orphan Train is a powerful tale of upheaval and resilience, second chances, and unexpected friendship. 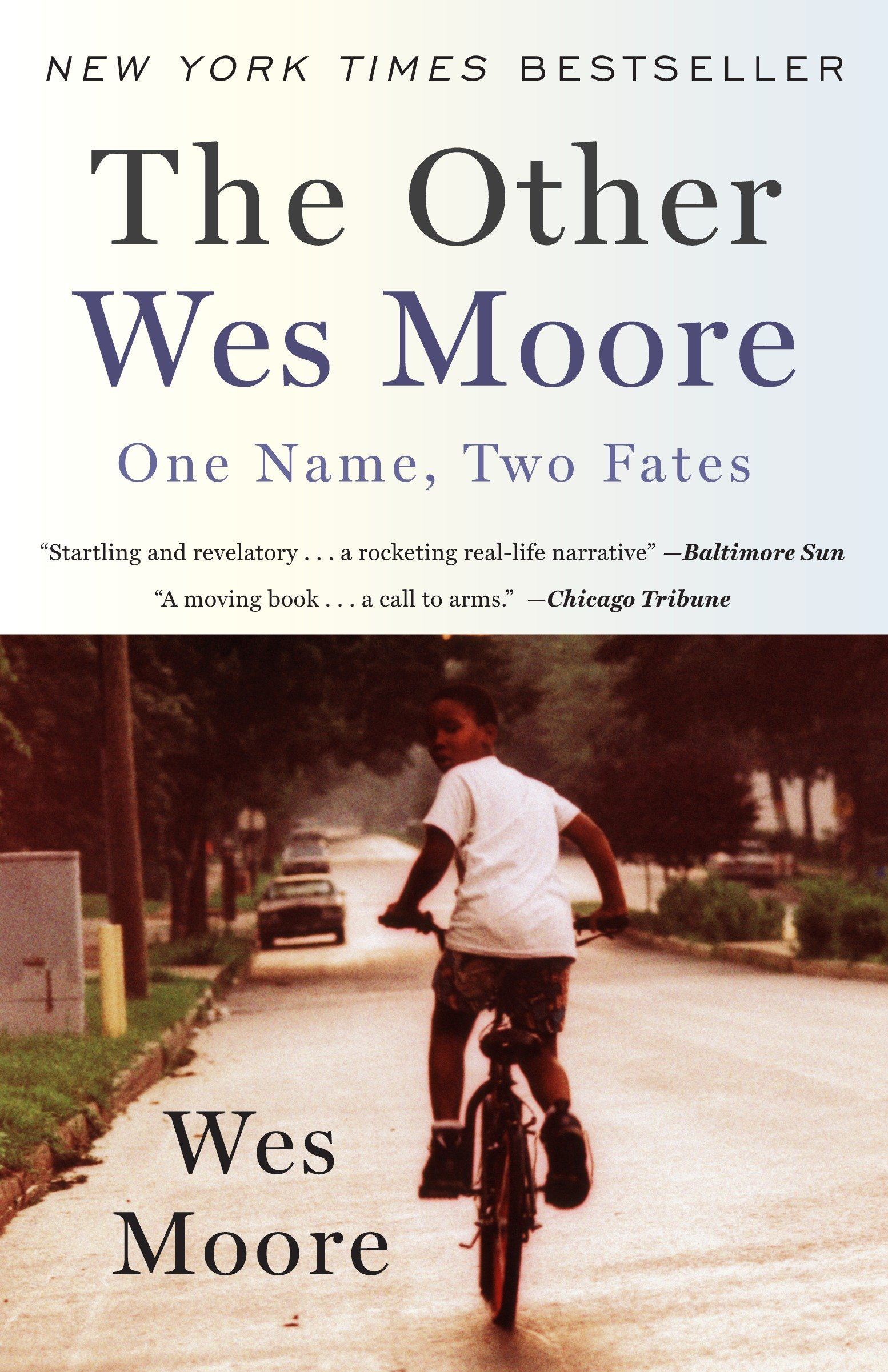 Two kids with the same name were born blocks apart in the same decaying city within a year of each other. One grew up to be a Rhodes Scholar, army officer, White House Fellow, and business leader. The other is serving a life sentence in prison. Here is the story of two boys and the journey of a generation.
In December of 2000, the Baltimore Sun ran a small piece about Wes Moore, a local student who had just received a Rhodes Scholarship. The same paper ran a huge story about four young men who had killed a police officer in a spectacularly botched armed robbery. The police were still hunting for two of the suspects who had gone on the lam, a pair of brothers. One of their names was Wes Moore. Wes Moore, the Rhodes Scholar, became obsessed with the story of this man he’d never met but who shared much more than space in the same newspaper. Both had grown up in similar neighborhoods and had had difficult childhoods.

After following the story of the robbery, the manhunt, and the trial to its conclusion, he finally he wrote a letter to the other Wes, now a convicted murderer serving a life sentence without possibility of parole. His letter tentatively asked the questions that had been haunting Wes: Who are you? Where did it go wrong for you? How did this happen?

That letter led to a correspondence and deepening relationship that has lasted for several years. Over dozens of letters and prison visits, Wes discovered that the other Wes had had a life not unlike his own: they were both fatherless, were both in and out of school; they’d hung out on similar corners with similar crews, and had run into trouble with the police. And they had both felt a desire for something better for themselves and their families—and the sense that something better was always just out of reach. At each stage of their young lives, they came across similar moments of decision that would alter their fates.