After The Flood by Kassandra Montag (8 copies + Audiobook)

A little more than a century from now, our world has been utterly transformed. After years of slowly overtaking the continent, rising floodwaters have obliterated America’s great coastal cities and then its heartland, leaving nothing but an archipelago of mountaintop colonies surrounded by a deep expanse of open water.
Stubbornly independent Myra and her precocious seven-year-old daughter, Pearl, fish from their small boat, the Bird, visiting dry land only to trade for supplies and information in the few remaining outposts of civilization. For seven years, Myra has grieved the loss of her oldest daughter, Row, who was stolen by her father after a monstrous deluge overtook their home in Nebraska. Then, in a violent confrontation with a stranger, Myra suddenly discovers that Row was last seen in a far-off encampment near the Arctic Circle. Throwing aside her usual caution, Myra and Pearl embark on a perilous voyage into the icy northern seas, hoping against hope that Row will still be there.

On their journey, Myra and Pearl join forces with a larger ship and Myra finds herself bonding with her fellow seekers who hope to build a safe haven together in this dangerous new world. But secrets, lust, and betrayals threaten their dream, and after their fortunes take a shocking—and bloody—turn, Myra can no longer ignore the question of whether saving Row is worth endangering Pearl and her fellow travelers.

All The Gallant Men by Donald Stratton (8 copies + Audiobook) 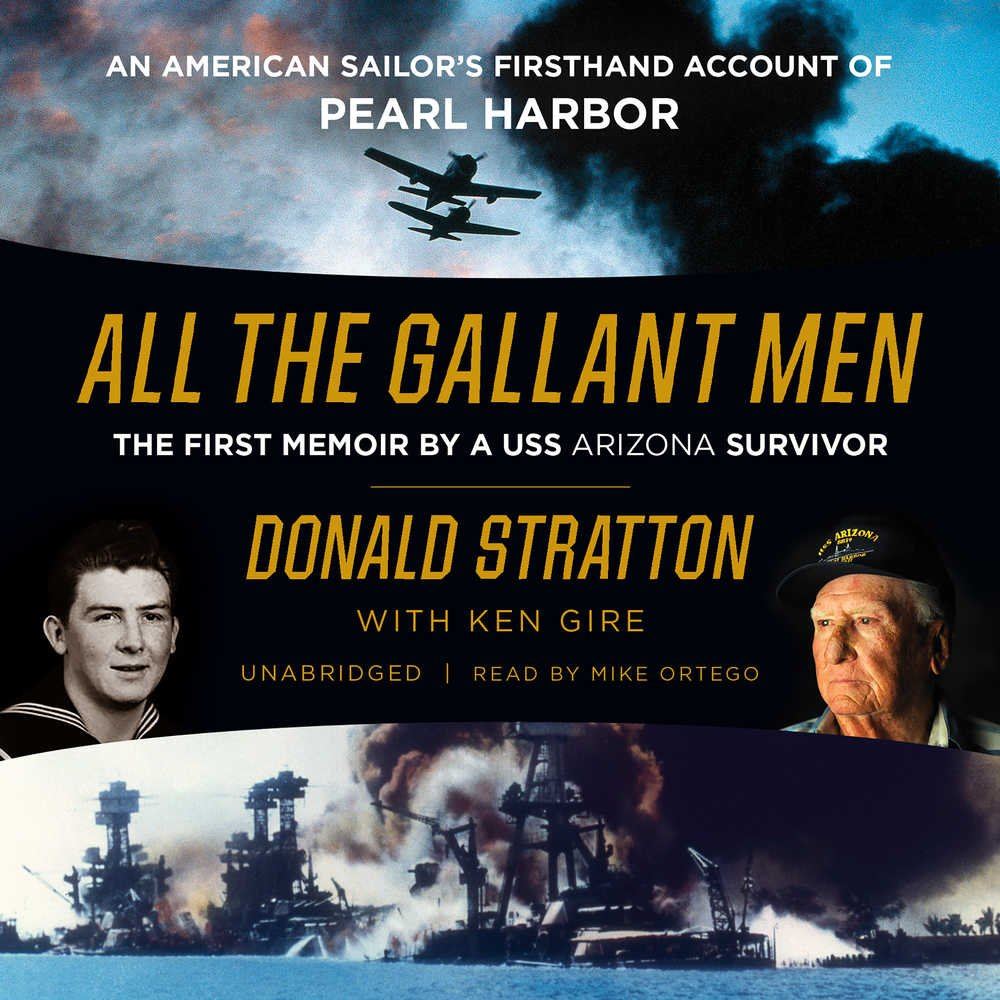 At 8:06 a.m. on December 7, 1941, Seaman First Class Donald Stratton was consumed by an inferno. A million pounds of explosives had detonated beneath his battle station aboard the USS Arizona, barely fifteen minutes into Japan’s surprise attack on American forces at Pearl Harbor. Near death and burned across two-thirds of his body, Don, a nineteen-year-old Nebraskan who had been steeled by the Great Depression and Dust Bowl, summoned the will to haul himself hand over hand across a rope tethered to a neighboring vessel. Forty-five feet below, the harbor’s flaming, oil-slick water boiled with enemy bullets; all around him the world tore itself apart.

In this extraordinary never-before-told eyewitness account of the Pearl Harbor attack—the only memoir ever written by a survivor of the USS Arizona—ninety-four-year-old veteran Donald Stratton finally shares his unforgettable personal tale of bravery and survival on December 7, 1941, his harrowing recovery, and his inspiring determination to return to the fight.

Don and four other sailors made it safely across the same line that morning, a small miracle on a day that claimed the lives of 1,177 of their Arizona shipmates—approximately half the American fatalities at Pearl Harbor. Sent to military hospitals for a year, Don refused doctors’ advice to amputate his limbs and battled to relearn how to walk. The U.S. Navy gave him a medical discharge, believing he would never again be fit for service, but Don had unfinished business. In June 1944, he sailed back into the teeth of the Pacific War on a destroyer, destined for combat in the crucial battles of Leyte Gulf, Luzon, and Okinawa, thus earning the distinction of having been present for the opening shots and the final major battle of America’s Second World War.

As the seventy-fifth anniversary of the Pearl Harbor attack approaches, Don, a great-grandfather of five and one of five living survivors of the Arizona, offers an unprecedentedly intimate reflection on the tragedy that drew America into the greatest armed conflict in history. All the Gallant Men is a book for the ages, one of the most remarkable—and remarkably inspiring—memoirs of any kind to appear in recent years.

From the highly acclaimed, multiple award-winning Anthony Doerr, a stunningly ambitious and beautiful novel about a blind French girl and a German boy whose paths collide in occupied France as both try to survive the devastation of World War II.

Marie-Laure lives with her father in Paris near the Museum of Natural History, where he works as the master of its thousands of locks. When she is six, Marie-Laure goes blind and her father builds a perfect miniature of their neighborhood so she can memorize it by touch and navigate her way home.

When she is twelve, the Nazis occupy Paris and father and daughter flee to the walled citadel of Saint-Malo, where Marie-Laure’s reclusive great-uncle lives in a tall house by the sea. With them they carry what might be the museum’s most valuable and dangerous jewel.

In a mining town in Germany, the orphan Werner grows up with his younger sister, enchanted by a crude radio they find. Werner becomes an expert at building and fixing these crucial new instruments, a talent that wins him a place at a brutal academy for Hitler Youth, then a special assignment to track the resistance. More and more aware of the human cost of his intelligence, Werner travels through the heart of the war and, finally, into Saint-Malo, where his story and Marie-Laure’s converge.

This collection of speeches by historian David McCullough reminds us of fundamental American principles. Over the course of his distinguished career, David McCullough has spoken before Congress, the White House, colleges and universities, historical societies, and other esteemed institutions. Now, as many Americans engage in self-reflection following a bitter election campaign that has left the country divided, McCullough has collected some of his most important speeches in a brief volume that articulates important principles and characteristics that are particularly American.