"Those old cows knew trouble was coming before we did." So begins the story of Lily Casey Smith, in Jeannette Walls’s magnificent, true-life novel based on her no-nonsense, resourceful, hard-working, and spectacularly compelling grandmother.

By age six, Lily was helping her father break horses. At fifteen, she left home to teach in a frontier town — riding five hundred miles on her pony, all alone, to get to her job. She learned to drive a car and fly a plane, and, with her husband, ran a vast ranch in Arizona. She raised two children, one of whom is Jeannette’s memorable mother, Rosemary Smith Walls, unforgettably portrayed in The Glass Castle. Lily survived tornadoes, droughts, floods, the Great Depression, and the most heartbreaking personal tragedy. She bristled at prejudice of all kinds — against women, Native Americans, and anyone else who didn’t fit the mold.

Half Broke Horses is Laura Ingalls Wilder for adults, as riveting and dramatic as Isak Dinesen’s Out of Africa or Beryl Markham’s West with the Night. It will transfix readers everywhere.

Hate U Give by Angie Thomas (8 copies + Audiobook) 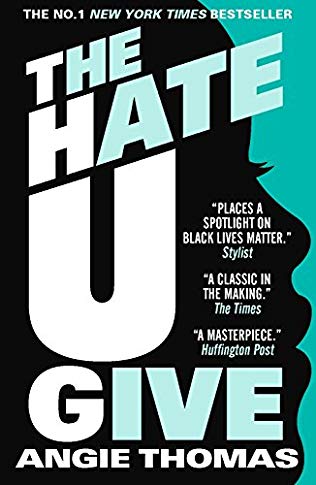 Sixteen-year-old Starr Carter moves between two worlds: the poor neighborhood where she lives and the fancy suburban prep school she attends. The uneasy balance between these worlds is shattered when Starr witnesses the fatal shooting of her childhood best friend Khalil at the hands of a police officer. Khalil was unarmed.

Soon afterward, his death is a national headline. Some are calling him a thug, maybe even a drug dealer and a gangbanger. Protesters are taking to the streets in Khalil’s name. Some cops and the local drug lord try to intimidate Starr and her family.

What everyone wants to know is: what really went down that night? And the only person alive who can answer that is Starr. But what Starr does—or does not—say could upend her community. It could also endanger her life. 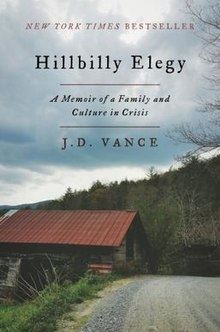 Hillbilly Elegy is a passionate and personal analysis of a culture in crisis—that of white working-class Americans.

The decline of this group, a demographic of our country that has been slowly disintegrating over forty years, has been reported on with growing frequency and alarm, but has never before been written about as searingly from the inside.

J. D. Vance tells the true story of what a social, regional, and class decline feels like when you were born with it hung around your neck.
The Vance family story begins hopefully in postwar America. J. D.’s grandparents were "dirt poor and in love," and moved north from Kentucky’s Appalachia region to Ohio in the hopes of escaping the dreadful poverty around them. They raised a middle-class family, and eventually their grandchild (the author) would graduate from Yale Law School, a conventional marker of their success in achieving generational upward mobility.

But as the family saga of Hillbilly Elegy plays out, we learn that this is only the short, superficial version. Vance’s grandparents, aunt, uncle, sister, and, most of all, his mother, struggled profoundly with the demands of their new middle-class life, and were never able to fully escape the legacy of abuse, alcoholism, poverty, and trauma so characteristic of their part of America. Vance piercingly shows how he himself still carries around the demons of their chaotic family history. A deeply moving memoir with its share of humor and vividly colorful figures, Hillbilly Elegy is the story of how upward mobility really feels. And it is an urgent and troubling meditation on the loss of the American dream for a large segment of this country.

Passionate, profound, and deeply moving, The Hours tells the story of three women: Clarissa Vaughan, who one New York morning goes about planning a party in honor of a beloved friend; Laura Brown, who in a 1950s Los Angeles suburb slowly begins to feel the constraints of a perfect family and home; and Virginia Woolf, recuperating with her husband in a London suburb and beginning to write Mrs. Dalloway. By the end of the novel, the stories have intertwined and finally come together in an act of subtle and haunting grace, demonstrating Michael Cunningham’s deep empathy for his characters as well as the extraordinary resonance of his language.

In this remarkable book, Cunningham draws inventively on the life and work of Virginia Woolf to tell the story of a group of characters struggling with the conflicting claims of love and inheritance, life and death, creation and destruction. The novel moves along three separate but parallel stories, each focusing on the experiences of a particular woman during the course of one apparently unremarkable but in fact pivotal day.

Clarissa Vaughan, a book editor in present-day Greenwich Village, is organizing a party for her oldest friend, Richard, an AIDS-stricken poet who has just won a major literary prize. Laura Brown, a young wife and mother in 1949 Los Angeles, cares for her toddler and prepares a birthday cake for her husband as she tries to resist increasing waves of panic and feelings of alienation from her humdrum yet demanding life. And Virginia Woolf herself, the third woman, works on her new novel, Mrs. Dalloway, chats with her husband and sister, bickers with her cook, and attempts to come to terms with her deep, ungovernable longings for escape and even for death. As the novel jump-cuts through the century, the lives and stories of the three women converge, stunningly and unexpectedly, the night of Clarissa’s party for Richard.

Grace Bradley went to work at Riverton House as a servant when she was just a girl, before the First World War. For years her life was inextricably tied up with the Hartford family, most particularly the two daughters, Hannah and Emmeline.

In the summer of 1924, at a glittering society party held at the house, a young poet shot himself. The only witnesses were Hannah and Emmeline and only they—and Grace—know the truth.

In 1999, when Grace is ninety-eight years old and living out her last days in a nursing home, she is visited by a young director who is making a film about the events of that summer. She takes Grace back to Riverton House and reawakens her memories. Told in flashback, this is the story of Grace’s youth during the last days of Edwardian aristocratic privilege shattered by war, of the vibrant twenties, and the changes she witnessed as an entire way of life vanished forever.

The novel is full of secrets—some revealed, others hidden forever, reminiscent of the romantic suspense of Daphne Du Maurier. It is also a meditation on memory, the devastation of war, and a beautifully rendered window into a fascinating time in history.

Originally published to critical acclaim in Australia, already sold in ten countries and a #1 bestseller in England, The House at Riverton is a vivid, page-turning novel of suspense and passion, with characters-and an ending-the reader won’t soon forget. 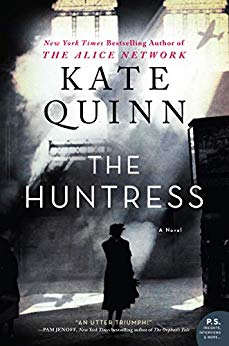 In the aftermath of war, the hunter becomes the hunted…

Bold and fearless, Nina Markova always dreamed of flying. When the Nazis attack the Soviet Union, she risks everything to join the legendary Night Witches, an all-female night bomber regiment wreaking havoc on the invading Germans. When she is stranded behind enemy lines, Nina becomes the prey of a lethal Nazi murderess known as the Huntress, and only Nina’s bravery and cunning will keep her alive.

Transformed by the horrors he witnessed from Omaha Beach to the Nuremberg Trials, British war correspondent Ian Graham has become a Nazi hunter. Yet one target eludes him: a vicious predator known as the Huntress. To find her, the fierce, disciplined investigator joins forces with the only witness to escape the Huntress alive: the brazen, cocksure Nina. But a shared secret could derail their mission unless Ian and Nina force themselves to confront it.

Growing up in post-war Boston, seventeen-year-old Jordan McBride is determined to become a photographer. When her long-widowed father unexpectedly comes homes with a new fiancée, Jordan is thrilled. But there is something disconcerting about the soft-spoken German widow. Certain that danger is lurking, Jordan begins to delve into her new stepmother’s past—only to discover that there are mysteries buried deep in her family… secrets that may threaten all Jordan holds dear.

In this immersive, heart-wrenching story, Kate Quinn illuminates the consequences of war on individual lives, and the price we pay to seek justice and truth.

At the heart of The Husband’s Secret is a letter that’s not meant to be read: My darling Cecilia, if you’re reading this, then I’ve died. . . .

Imagine that your husband wrote you a letter, to be opened after his death. Imagine, too, that the letter contains his deepest, darkest secret—something with the potential to destroy not just the life you built together, but the lives of others as well. Imagine, then, that you stumble across that letter while your husband is still very much alive.

Cecilia Fitzpatrick has achieved it all—she’s an incredibly successful businesswoman, a pillar of her small community, and a devoted wife and mother. Her life is as orderly and spotless as her home. But that letter is about to change everything, and not just for her: Rachel and Tess barely know Cecilia—or each other—but they too are about to feel the earth-shattering repercussions of her husband’s secret.

Acclaimed author Liane Moriarty has written a gripping, thought-provoking novel about how well it is really possible to know our spouses—and, ultimately, ourselves.